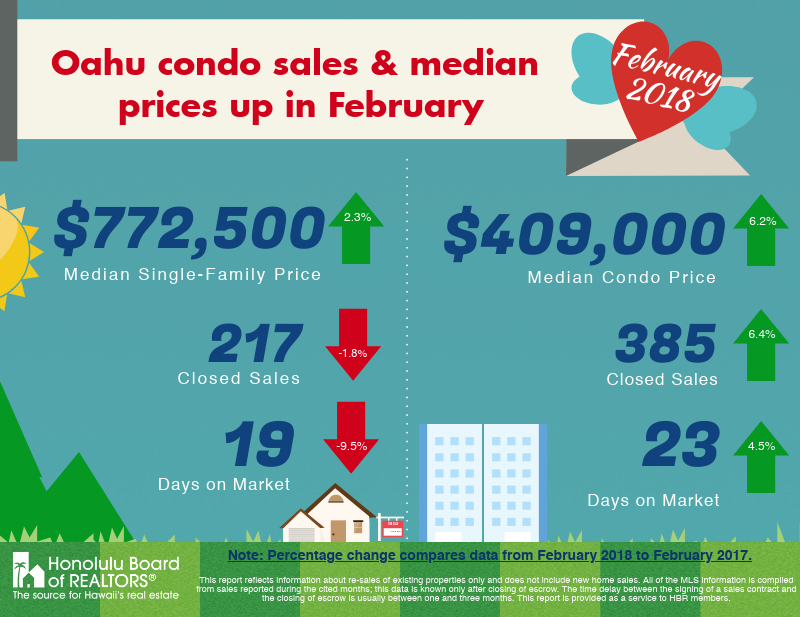 Reported by Honolulu Borad of Realtors

Housing prices and sales for Oahu were mixed in February according to resales figures released today by the Honolulu Board of REALTORS®. The analysis conducted by the Board using data collected from its computerized Multiple Listing Service (MLS) system show the following statistics:

News Release / February 2018 Housing Statistics -2
“The slower pace of sales and modest increase in median prices for both housing categories is typical this time of year, as February has traditionally been the slowest month,” said Darryl Macha, president of the Honolulu Board of REALTORS®. “While pending sales were slightly down from last year, it’s encouraging to see that new listings increased, especially the 18 percent gain in the condominium market. We expect to see a slow increase in sales starting in March through the peak, usually in July and August.”