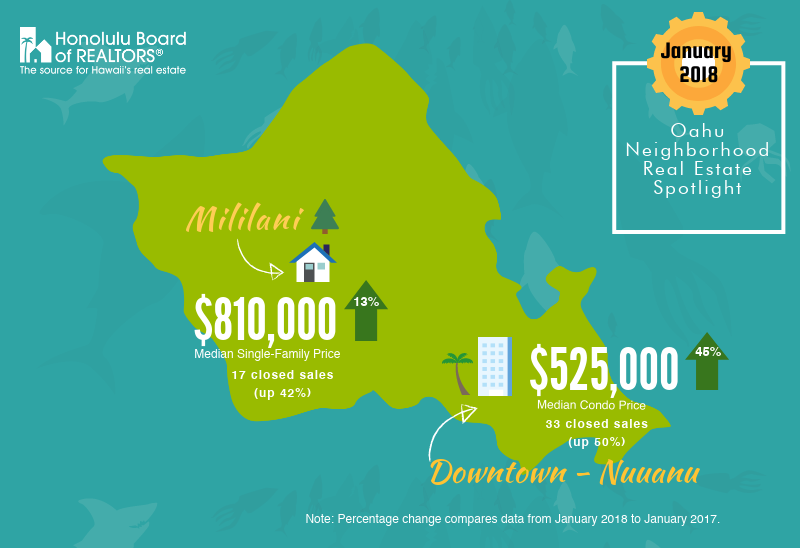 OAHU HOUSING MARKET OFF TO A STRONG START IN 2018

Reported by H onolulu Board of Realtors

HONOLULU (February 6, 2018) — Oahu’s housing market started off strong in 2018 with increases inboth single-family home and condominium median prices in January according to resales figures releasedtoday by the Honolulu Board of REALTORS®. The analysis conducted by the Board using data collectedfrom its computerized Multiple Listing Service (MLS) system show the following statistics:

*Median price means half the prices were above and half below the given price. **Condominiums also includes townhomes.